“Do I believe in ghosts?”‘ echoed Mr. Jensen, our village oracle and bootmaker. “Yes, I do. Listen, and I’ll tell you about one I saw the other night. It’s different from most ghost stories as it’s perfectly true.”

The conversation had moved beyond the hour when a shadow of indiscernible origin had passed across us. Up to this point we had struck upon several, all entirely wholesome, subjects to converse upon, that which were most prominent in our thoughts, but the appearance of the shadow had the effect of shifting the conversation to a far less familiar and, in hindsight, rather disquieting territory.

“You know Mr. Fullen, who lives over at the mill? Well, he wanted his new wellingtons badly; he must have ’em, for he was off to Nettleham market next morning early with a load of pigs. I worked at the boots till about eleven o’clock. The wife says, ‘Peter, you can’t go over to mill this night, it’s a raining cats and dogs and goodness knows what else…!’ I must go, Eliza; and away I goes, after I had put on my cloak. It was a long walk, and I often wished myself back again. I reached the mill at last, wet through to my skin. Mr. Fullen gave me a drop of something penetrating, and kept me yarning till it was after twelve. The night was then darker and thicker than when I left home, and big drops of rain were falling. I walked on quickly, trying hard not to think of something Mr. Fullen had been reading out of a local paper…”

Mr Jensen reached for his glass. His breathing had appeared to quicken at every word; now his lips waited for his lungs to regain composure.

“Terrible thing it was: a young woman what had gone mad, murdered her baby, and rushed through the streets of Marshbury and….”

I leaned forward in my chair and enquired after my companion: “Do you wish to continue, sir?”

Mr. Jensen took another sip and told me that he had no intentions of quitting though, he had to admit, his tale was a rather gruesome one.

“It was in her arms,” he continued, “the infant, that is.” “You see, she had lost her mind to such a degree that she had begun gnawing the skull of the child… and with the fingers and toes of the baby tied to her hair.” END_OF_DOCUMENT_TOKEN_TO_BE_REPLACED

THE GHOST BUREAU, a spirit raised at a séance craves an earthly presence…

“Listen!” said she, “don’t you hear the sounds around us? Spirits coming to take me to heaven. I don’t want to go to heaven, I want this life again; but there is only one way to avoid it. The spirits want a soul to take away, and it must be a young woman’s soul. You – you are about my age, are you not?”

The first of 12 spinechilling tales for Christmas, GHOSTS AND OTHER SUPERNATURAL GUESTS (rated 4.5 stars on Amazon)

Available as Kindle ebook and paperback:

WALK WITH ME (TO THE ESTUARY), one of 12 tales of haunting from GHOSTS AND OTHER SUPERNATURAL GUESTS by P.J. Hodge.

Rated 4.5 stars on Amazon and Goodreads!

The thick undergrowth is swept aside, his skin unaware of the tiny invasions, from holly and bramble, ripping through the flimsy cloth, tearing his calves, cross-hatching his flesh with slender red ribbons. Emerging, draped in a mesh of vine and stalk, he stumbles down the open face of the sandy bank, and bursts forth, into the esurient embrace of land against sea. And there, directly ahead, amongst a mass of chains writhing serpent-like, is a small boat, waiting for its captain.

“The tales also hark back to the classic Victorian and Edwardian ghost stories of the likes of MR James and Sheridan le Fanu to name but two; I found that Walk with Me (to the Estuary) was a particularly atmospheric tale with a slowly building sense of menace and inescapable fate that felt very Jamesian in colour and tone.”
SWEAT, TEARS AND DIGITAL INK 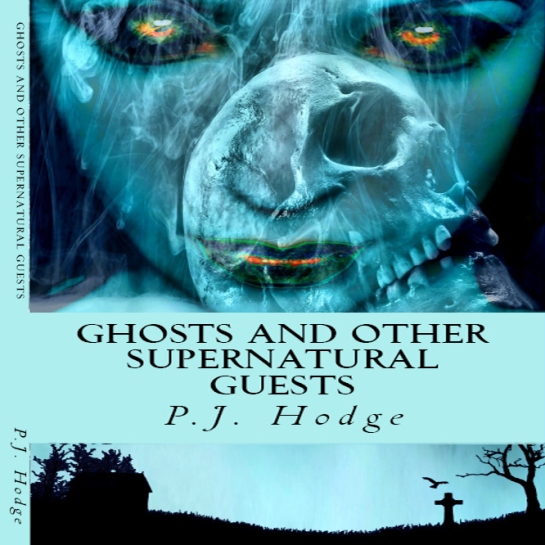 I am delighted to announce that GHOSTS AND OTHER SUPERNATURAL GUESTS is now available in paperback.

and all other international Amazon stores.

GHOSTS AND OTHER SUPERNATURAL GUESTS – 12 Gothic Tales of Haunting

The book has received excellent reviews:

“PJ Hodge invites you to step outside your everyday world with tales that subtly entice you into a more liminal world, a world where the veils between physical measurable reality and the unexplained are drawn back to reveal unsettling truths and the inescapable terrors of the great beyond.

The tales range from childhood adventures with a tragic twist (The Viaduct); the truly horrific spectre of The Flames of Stalbridge Manor; to the heartwarming A Tip of the Hat. This is a perfect book to read, by a crackling fire, in a lonely manor house, on a dark and stormy night – was that a tree-branch tapping on the window-pane..or could it be Ghosts and other Supernatural Guests……..!”
THE HAUNTED PALACE

“His style is very much in the tradition of the likes of Ambrose Bierce and M.R. James. So if you like that sort of fiction and the sort of ghostly short films that the BBC used to show at Christmas, you will certainly enjoy this volume …Hodge blends actual local folklore and fictional tales behind the places that have inspired him. Readers of his blog will know that his love of his native southern England and its landscape is his medium. There is no historic place, ancient or recent, that seemingly has not inspired the stories he tells. There is then, something quintessentially British about the work for these reasons and the sort of stories that were his inspiration. Ideal reading for this time of year, and then read them all again at Christmas!”
SWEAT, TEARS AND DIGITAL INK 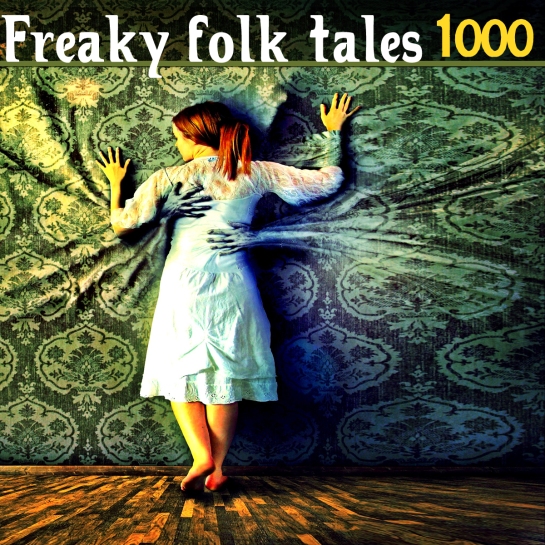 Freaky Folk Tales reaches 1000 WordPress and 5000 Facebook followers! A massive thank you to you all 🙂

My first collection of ghostly tales is now available for Kindle:

GHOSTS AND OTHER SUPERNATURAL GUESTS

My latest tale, THE CURIOUS CASE OF THE BLOODLESS VAMPIRE-KISS is available here…

A massive thank you to Lenora for such a thoughtful and enthusiastic review for my new book, ‘Ghosts and other supernatural guests’.

The review can be read here: http://hauntedpalaceblog.wordpress.com/2013/10/25/haunting-halloween-reading-ghosts-and-other-supernatural-guests-by-pj-hodge/

I can wholeheartedly recommend a visit to Lenora’s wonderful blog, The Haunted Palace. There you will find a richness of otherworldly tale and rooms populated by shadows and dreams of things past, all curated by a brilliant writer.

GHOSTS AND OTHER SUPERNATURAL GUESTS – 12 Tales of haunting

and all other Amazon international sites.

If you enjoy period ghost tales of that bygone England of country house gatherings, servants and hansom cabs, with smog-filled days and sinister churchyard nights, you’ll love this varied and entertaining collection of chillers.

The fading skies of a November night. Some dim presentiment of evil hung heavy upon my heart as I sat alone in the twilight. And yet there was seemingly nothing to make me melancholy. On the contrary, I ought to have been more than usually joyful; had I not been the recipient of a most heavenly promise from Lucinda that very afternoon!

It seemed to be strange, to be sure, that a widower far from youthful, was to marry a girl barely into her twenties. Her mother had been a housekeeper in our family, but died soon after Lucinda’s birth. So it happened that she came under our wings, as we had no children of our own. My wife treated her sympathetically, but without much warmth or feeling. It was apparent to me that despite her civility towards Lucinda, she was jealous of the girl and would, quite often, go out of her way to avoid any unnecessary encounters with her.

Poor Alice! She warned me solemnly — and most vehemently! —on her death bed never to marry again, and threatened to rise from her grave in case of such an event.

Lucinda was in her thirteenth year when my wife passed away. I sent her away to a boarding-school; and, as business called me abroad, did not see her again, until my return, eight years afterwards. I was somewhat bewildered to find a lovely woman, instead of the little girl I had left in short dresses. Of course you can guess the inevitable. I fell in love with this charming woman. There was something in the genuine tenderness of her presence that completely won my heart.

Lucinda was most unlike other girls her age and did not suffer the carefree vagaries of youth. Instead of blushing at my declaration that afternoon she turned pale, almost ashen, as if struck by a sudden chill. I noticed too, that, there was a faint tremble in her voice when she finally consented to be my wife. I was concerned that my nephew Martin had told her what Alice had said on her death-bed. And yet I was unable to accept that the man could be so inconsiderate. Somehow, I couldn’t rid my mind of that warning. Alice was the most singular of women, and would surely keep her promise, if ghosts are permitted to walk the earth. Thinking thus, my mind drifted ineluctably towards a darker realm, and I began to grow fearful of the darkening shadows in my room, and hastily rang for light.

“Why are you so late, Mary?” I asked, indignantly, as the servant entered the room. END_OF_DOCUMENT_TOKEN_TO_BE_REPLACED