Can animals see ghosts or spirits where human beings cannot?

Seeing things at night, it appears, is an experience whose thrills not only interest the human nervous system but also agitate the animal.

A great many esteemed psychic researchers have performed experiments in haunted houses with cats and dogs, as well as with other animals, and have often found the animal to have been frightened. 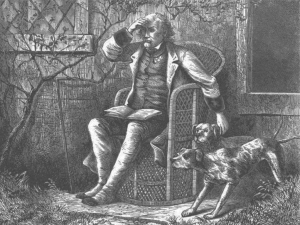 One researcher remembers an occasion at a haunted house in St. James’ Road, Brixton:—

“Again and again dogs have refused to accompany me to a room where ghostly phenomena have been alleged to take place. I remember on one occasion at a reputed haunted house in the St. James’s-Road, I had a huge bulldog with me, the last creature in the world one would suspect of having nerves.”

“I arrived at the house about 10 o’clock at night, and was giving it a thorough examination before settling down to my vigil, when Pat (my dog) sprang back from a half-open door on the top of the landing, snarled, whined, and finally flew downstairs, and, as nothing would induce him to return, I had to go on with my investigations alone.”

“Next day I made inquiries of the owner of the house and was informed that it was in the room that frightened Pat a man had once hanged himself, and that it was the latter’s ghost that was supposed to haunt the premises—a fact quite unknown to me at the time of my visit.”

It is widely believed that some animals are very sensitive to the advent of death. Owls and other night-birds will screech dismally outside a house where somebody dies shortly afterwards, and cats have been known to leave a house suddenly on the eve of a death and not come back to it until several days after the burial. END_OF_DOCUMENT_TOKEN_TO_BE_REPLACED