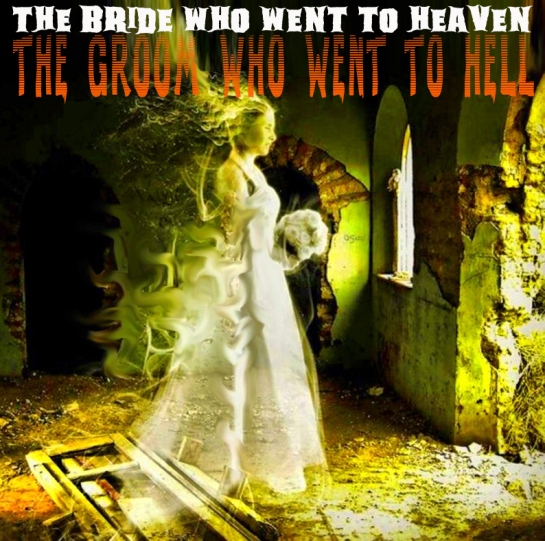 Though there are many ghostly legends, or half-historical traditions, of the antiquated mansions of Lancashire, few are so rich in ghost-lore as Kersal Hall.

A Lancashire version of the Faust legend is the story of Eustace Dauntesey, of Kersal Hall, who was in love with a lady who was about to be married to a rival; on the eve of her marriage, Eustace, being familiar with the Black Art, raised the Devil.

The wedding day was fixed, but the prospect of her marriage was a terrible trouble to Eustace, and threatened to mar the happiness of his life. Having, however, in his youth perfected himself in the black art, he drew a magic circle, at the witching hour of night, and summoned the Evil One to a consultation. The meeting came off, at which the usual bargain was quickly struck, the soul of Eustace being bartered for the coveted body of the beautiful young lady. The compact, it was arranged, should close at her death, but the Evil One was to remain meanwhile by the side of Dauntesey in the form of an elegant “self,” or genteel companion.

In due course the eventful day arrived when Eustace stood before the altar. But the marriage ceremony was no sooner over than, on leaving the sacred edifice, the elements were found to be the reverse of favourable to them. The flowers strewed before their feet stuck to their wet shoes, and soaking rain cast a highly depressing influence on all the bridal surroundings; and, on arriving at the festive hall where the marriage feast was to be held, the ill-fortune of Eustace assumed another shape. Strange to say, his bride began to melt away before his very eyes, and, thoroughly familiar as he was with the laws of magic, here was a new phase of mystery which was completely beyond his comprehension.

In short, poor Eustace was the wretched victim of a complete swindle, for while, on the one hand, something is recorded about “a holy prayer, a sunny beam, and an angel train bearing the fair maiden slowly to a fleecy cloud, in whose bosom she became lost to earth.”

Dauntesey, on the other hand, awakened to consciousness by a touch from his sinister companion, saw a huge yawning gulf at his feet, and felt himself gradually sinking in a direction exactly the opposite of that taken by his bride, who, in the short space of an hour, was lost to him forever. 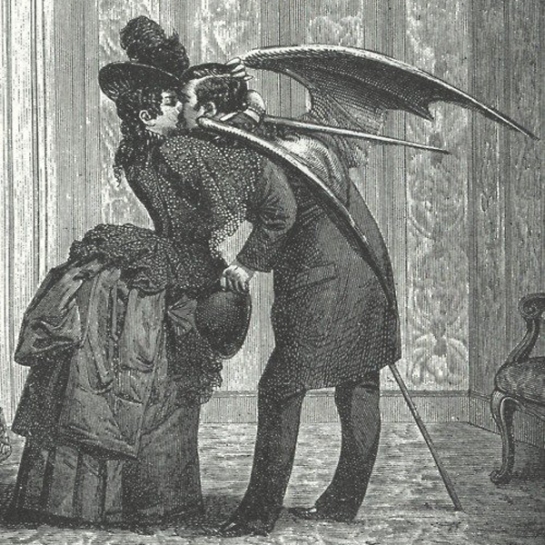 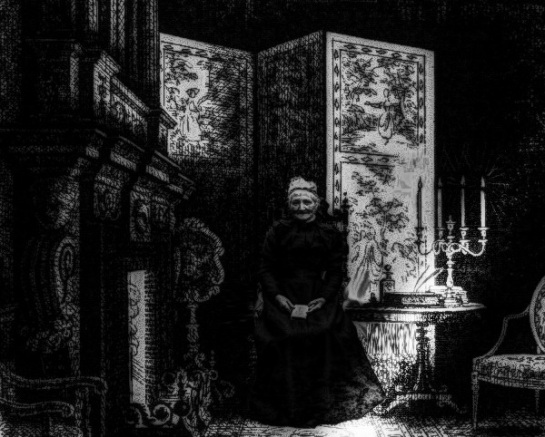 I invite you to the preliminary scenes of a haunting. It is one as traditional as that told about many houses in old England; ancestral mansions that gloomily cast their shadows upon the land. But unlike my peers, I do not cast ignorant doubt upon all such ghostly occupations for I have witnessed my own; and, in time I have come to listen to the stories of our haunted island with a much more receptive ear.

A carriage has driven its way forth across the Dales and now passes through the streets of Ilkley.

“It is just out of the town, madam,” said the driver of the coach to its occupant. “You will be there in less than half an hour.”

“You are quite sure,” asked the young lady, “you know Denton House?”

“Know the Hall? I should say so!” was the confident reply. “We’ll be there soon enough.”

Miss Barton said no more. She resumed her seat in the vehicle, reassured. Her drive had already lasted some hours; the road was not in first-rate condition. She was only eighteen years of age, and, though not inclined to be timid or nervous, was afraid that the coachman had lost his way.

She was about to visit her friends, relatives of the former owner of the Hall, named Montague.

Pondering upon her reception, and anticipating the ball that was to be given a day or two after her arrival, Miss Barton sat quietly in her coach, and before long was rewarded for her patience by the sight of the house.

It is an old Elizabethan mansion — for it exists still — standing on rising ground and solidly built. It possesses three gables, the walls being much overgrown with ivy. Many of the windows, Miss Barton remarked, looked like embrasures, while the massive appearance of the embattled chimneys seemed to impart to the house the character of a castle. There were and may still, be traces of the moat, the side of which forms the terrace and orchard. The venerable trees were inhabited by a colony of rooks. END_OF_DOCUMENT_TOKEN_TO_BE_REPLACED